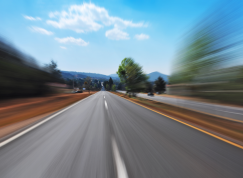 Police in Spains are using a 20-year-old law to illegally fine thousands of drivers.

Since 2010 motorists have been allowed to go 10% over the speed limit and not get fined. However, it has emerged that police are fining thousands of motorists each month, under an older law from 1992, which only permits a 3% margin of error. The Spanish Automobile Association (AEA) has now slammed the General Directorate of Traffic (DGT) for using the obsolete law and called for action to be taken.

The law, known as the UNE 26444, ceased to be effective when automobile manufacturers proved that most modern cars are only able to register a car’s speed within a 3% margin. Currently police are not obliged to provide proof and the officer’s word is considered sound evidence.

The onus is on the driver to prove he or she did not commit the offence. Officers are not even obliged to stop the driver to inform that he/she has been caught. The fine can now simply be sent in the post

Fines are keeping the streets cleaner

Driving with flip-flops, barefoot or without a t-shirt are some of the most common fines this summer 2017, Marbella