Novak Djokovic Loyal to Marbella, working with Angeles Munoz to get it as Center for Elite National & International Sports @Puente Romano 2020
Business

Spanish debt rises above €20,000 per person for the first time 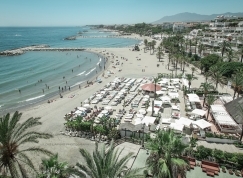 As the Spanish economy continues to worsen, the public debt exceeds 20,000 per person for the first time.

During the past year and a half under Rajoy’s government, the debt has increased by 20 points and €200,000 million. And just in the month of May, the per-person debt rose 500 euros, up to 20,060. The total monthly increase in debt reached 23,000 million, which is 90% of the country’s GDP. Though the government insists that the economy is stabilizing, financial experts are not convinced, saying the crisis and debt are working in a vicious cycle; as one increases, so must the other.