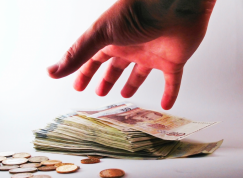 
Spain has slipped six places in the corruption perception index following a series of scandals.

Only Syria lost more points in the survey, which was carried out annually by Transparency International. Denmark and New Zealand topped the list of 177 counties, while the UK moved up three places from 17 to 14. Somalia, North Korea and Afghanistan remained tied in last place. Gambia, Mali, Guinea-Bissau and Libya were also heavily marked down.

Corruption in Spain was highlighted this year when the former treasurer of Spain’s People’s Party told a judge he had channelled cash donations from construction firms into politicians’ pockets, and he was found to have almost €50 million in a Swiss bank account.

The king’s son-in-law was also charged this year with embezzling millions in public funds.

The survey, which was first conducted in 1995, draws on a variety of sources, including World Bank and World Economic Forum assessments, the African Development Bank’s governance ratings, and Transparency International’s own Bribe Payers Survey.