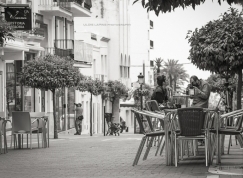 
Spain is one of the worst countries in the world to be an entrepreneur.

That is the damning conclusion of the Global Entrepreneurship Monitor in its annual global study. Only six percent of Spain’s working age population are considered entrepreneurs, while less than 20 percent of students want to start a business. The website spoke to 100 start-ups and found the same complaints – that it was incredibly difficult to start a business here. The biggest obstacle was the government and the amount of paperwork involved.

The World Bank meanwhile ranks Spain as 136th worldwide for ease of starting a business, with a cost of about €1,000 in public paperwork that takes more than a month to process. It also ranks 44th on the World Bank’s Ease of Doing Business Index, well behind most European countries, except for Greece and Italy.

“It is expensive and patience-prohibitive to be an entrepreneur in Spain,” claimed the report. “Before you even start, you have to jump through an absurd number of hoops, fill out tons of paperwork, wait for signatures, and pay fees and taxes, long before a profit is even envisioned.”

These results comes after a recent survey found that 80% of university students in Spain wanted to be civil servants rather than start their own businesses. This is almost the opposite of America, where over 70% wanted to be entrepreneurs.