Rules and regulations that could affect your life in Spain 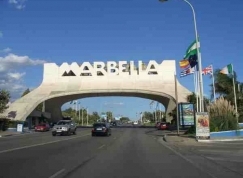 According to many newspapers, some authorities in the Costa del Sol are introducing new laws and regulations to boost the coffers. And some laws that were previously ignored are also now being more strenuously enforced, according to some local residents.

Mijas Town Hall now demands that all homes over 25 years old are inspected by architects with any defects corrected. The cost of the reports, licences for any work deemed to be carried out, and the work, is the responsibility of the property owners. In addition plots land considered untidy through litter or debris must be cleaned up, otherwise municipal workers will be called in to clear the site with the site owner then charged for the work, with sources indicating clearance charges of up to €3,000.

The authorities in Mijas are also getting tougher against noise from bars and restaurants after 3pm on Sundays. According to local reports, in the past many bar and restaurant owners have complained about delays in being granted opening licences and of bureaucracy in general which often lead to fines and more delays. There's a tough action planned against noise now and it's therefore expected to be a further thorn in the side of local businesses, especially as the white pueblo of Mijas is a year-round tourist attraction!

Other town halls on the Costa del Sol, including in Torrox and Velez- Malaga, are getting tough against dog owners who fail to clean up should their pets foul pavements. Rules about when rubbish can be put into the containers is also being more stringently enforced.

Meanwhile in Nerja, which is also on the Costa del Sol, town hall authorities are enforcing all the boat owners to keep moorings and berths tidy. And the local beach café owners are being made to take responsibility for assisting with keeping their surroundings clean.

Motorists throughout Spain are also increasingly finding the arm of the law is stretching out, according to reports, with more vigilance from Trafico - often through random checks - leading to road users being fined, media reports confirm.

At present random seat-belt spot checks are being carried out to ensure drivers and passengers are wearing them, and that children are using the correct safety seats. Offenders are being fined. Moreover, dogs must also be securely restrained in cars, and any large objects in vehicles must also be tied down for safety, according to police sources.

Traffic regulations also state that motorists must not be distracted while driving and interpretation of this law by many officials means not only not using mobile phones, but additionally not eating, nor closely studying the GPS navigation system.

The General Traffic department (DGT) has also now ruled that any British licence holders driving in Spain for longer than three months should change their UK licence for a Spanish one. This can be obtained after a medical certificate has been issued from the Central Register of Drivers. Regulations can be checked on the DGT website or the Official Bulletin, BOE, published monthly.