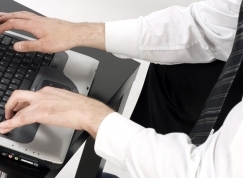 
Iran is the destination for seven Malaga companies hoping to extend commercial ties.

The visit, organised by the Malaga Chamber of Commerce, will take place from the the first to the eighth of March and is the first of its kind from Andalucia. The companies will be representing various sectors such as sanitary, lifts and elevators, wood, consultants, real estate, tourism and agricultural alimentation.

The Iranian ambassador to Spain, Saffari Natanzi, confirmed that there were distinct sectors that could benefit from this visit to maintain commercial relations with his country. He mentioned tourism, agriculture, food industry, industry, construction, energy, infrastructure and automobile.

Iran has promised to build one million new homes every year, so Malaga construction companies could participate in these projects.

He pointed out that Iran has a population of 80 million, huge energy reserves and has made big investments in all the sectors during the last 20 years, and has good relations with other Asian countries. Iran is also closely related to surrounding countries which means that there is a potencial market of 300 million people for the Malaga businesses. One of the outstanding desires is to increase the flow of tourism between Spain and Iran and vice versa. He also spoke of the possibilities of growth in the olive oil market.