Lights out for Andalucian cinema after Cinesur purchase 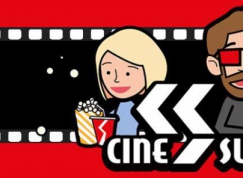 Andalucia’s largest cinema chain Cinesur has been bought by a French audiovisual group, and it has already been announced that 16 screens will be going dark.

Paris-based audiovisual group MK2 – which this month celebrates its 40th anniversary – bought the chain for a rumoured €10.5 million. Two Cinesur cinemas will be closing in the Malaga province and industry watchers will be waiting for more, as there is little obvious connection between the two chains.

MK2 already controls 11 multiplexes in Paris, totaling 65 screens, as well as four high-end theatres. Marin Karmitz, the 75-year-old founder of MK2, will now be adding Cinesur’s nine cinemas, 120 screens and 22,000 seats to his empire. With screens in Sevilla, Cordoba, Malaga and Toledo, Cinesur was put up for sale in 2011 when the Sanchez-Ramade family was hit by the crisis.