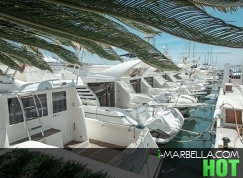 
Over six million tourists visited in Spain in June… for the first time ever!

In the best early summer period ever, a staggering 6.3million tourists arrived in the country from abroad. The stunning figures follow hot on the heels of May, which also broke records with 5.8 million tourists. Visitors from the UK and Germany made up 40% of June totals, which is a 5.3% increase from last year. It was Nordic tourists, however, that were primarily responsible for the tourism increase, their numbers rising by 26%.

While all of Spain has seen increases, the big winner this month was the Balearic Islands, which saw an extra 142,000 more tourists than last year, thanks mostly to British travelers. A record number of tourists also enjoyed the beaches of Andalucia, with the region seeing a rise of 2.5% and 817,000 tourists visiting. Some 30% were from the UK.

The UK continues to account for the largest share of tourism expenditure, representing 22% of all international visitors. The tourism rise is being seen as a crucial boon for a country which has been mired in recession.