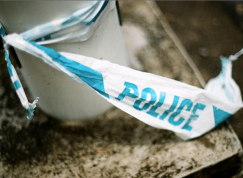 
Spanish police are investigating what could be the country’s biggest ever fraud case, involving officials in Andalucia syphoning off EU funds worth up to €2 billion.

The secret police investigation is still in its infancy after anti-corruption detectives are reported to have discovered the embezzlement of money destined for retraining schemes for the unemployed.  ‘Operation Edu’ has not yet been registered with an investigating judge.

It is alleged that regional governments, trade union leaders and employer’s associations teamed up to receive EU and government grants for re-training sessions that never occurred. So far, over 200 people have been interviewed in Malaga province, although the investigation will expand to cover the whole of Andalucia in the coming months.

As well as a shortfall between the amount of funds provided and the amount distributed by regional authorities, there are cases of companies being given education grants and then folding before any schemes took place.

Andalucia received €2.3 billion from the European social fund between 2007 and 2013, plus another €710 million from the Spanish central government. It is believed as much as €2 billion could have disappeared in shortfalls and commissions.