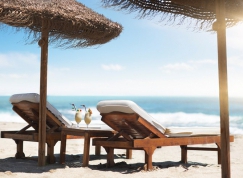 
Costa del Sol hoteliers are hoping that this August will be as good as last year’s and they will be up to 80 per cent occupied across the board. Last minute reservations could be the key to beating last year’s occupational rates.

Jose Carlos Escribano, president of the Costa del Sol’s hoteliers association, has commented that all the establishments in the association were hoping to beat last year’s total and that they had also frozen their prices in order to make coming to the Costa del Sol more attractive to families. He went on to underscore the fact that, this year, the high season began in May and would go on to last until October.

Despite this the sector saw a 1.5 per cent rise in June’s statistics and that this was partly due to the recent rise in national tourism boosting the inter-national figures. Escribano also pointed out the association would wait and see how the summer went before deciding if they were going to close for the winter.