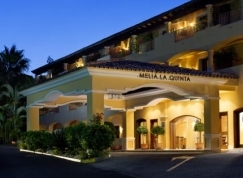 
The luxury hotel Melia La Quinta Golf and Spa in Benahavis is the fifth five-star establishment on the Costa del sol... ...to apply for an ERE (financial help to fire or retire personnel) in the past three years.

Its closure will send 77 people to the dole queue, The other hotels that have closed are Las Dunas in Estepona, Incosol and Guadalpín in Marbella, and Byblos in Mijas-Costa.

Los Monteros, also in Marbella, was closed but is opening its doors again since it changed hands. In all, more than a thousand employees have been affected by the closures. A spokesman for the Workers Commissions trade union said the closures had tarnished the Costa’s tourism image and affected the businesses located near them.

He said the main problem was that the hotels had been run by people not related to the tourism sector but by speculators who thought they could make a killing.

To Mike &amp; Lola 15-01-2013 13:14 If you can actually read the article, it doesnt say la quinta is closing down.. it said it is applying for financial help. Try reading the article again!
1

Mike 14-01-2013 19:42 Lola is correct on that one the hotel is not closed down and this article is very misleading all that Marbella i seems to do is badly translate articles from ths spanish press misleading its readers!!
1

Lola 14-01-2013 19:39 This article is very misleading firstly La quinta hotel is not closing down! it will remain open for 6 months of the year secondly the Guadalpin hotel is not closed either.
0

Fiona 14-01-2013 12:59 So many businesses going down. But this is partly the governments fault too.They should make it a bit easier to make business here.
1

5* 13-01-2013 16:26 Hotel Los Monteros has made a good comeback and lets hope people will find the way there again.We enjoyed Christmas Lunch there,it was filled with happy people,great service,good atmosphere.
0