Annika Urm introduces Estonia to Spain and the rest of the world. 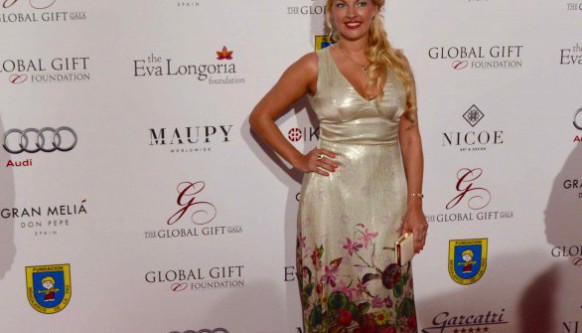 
Annika Urm recently gave an interview on a TV show Radar on the Estonian television Channel 2. On the show, Urm talked about how she's represented Estonia in Spain via her Internet news page i-marbella.com.

Annika Urm is a successful international businessman who is a proud owner and manager of the #1 Internet news page i-marbella.com, where she introduces Estonia to Spain and the rest of the world.

i-marbella.com online news website mainly acquaints the world about activities and opportunities available in Marbella and on the Costa del Sol, the sunny southern coast of Spain.

Annika Urm created in 2008 i-marbella.com, thanks to her innovative ideas and style, I-Marbella is now the largest trilingual entertainment online magazine in Marbella and the Costa del Sol.

Annika is also an investor, and co-author of Estonian women's media's company Buduaar Meedia OÜ. www.buduaar.ee appeared as Internet portal and printed magazine.
Annika Urm considers that a www.buduaar.ee is a very successful project, not just a women's magazine. During this project, she launched a second-hand market called B-Market Live, which is an on-line market as well. Live Market take place twice a year, in large exhibition centre. In this market, participated almost all Estonian celebrities who sold their clothes and accessories, shared autographs for fans. This market was the place where the stars met with fans.
Annika commented on the B market as follows: "I remember how one of Estonia's successful PR people said, he cannot believe how we managed to make the second-hand market so popular that all the wealthy and famous came together and participated in it."
Annika Urm has had many successful business projects. Of course, every business has its own time and place.
Annika Urm in addition to her accounting firm, which specialises in large enterprises, providing modern paperless accounts via the Internet also e-residence accounting services. In addition, the investment company Annika had fitness studio Look My Best -EMS Studio, as well one of the most popular pancake cafes Cafe Creperie in Tallinn.
Today, nine years later, the i-Marbella is the largest entertainment magazine in three languages in Marbella, Costa del Sol, Spain. i-marbella.com is visited by more than 100,000 unique readers per month and has a very large social media platform for more than 150 000 followers. It is the best, fastest, Professional on-line marketing, with a reasonable price.

How is Estonia being introduced via i-marbella.com?

Urm considers herself a patriot of her country: she loves her country. Regardless of her many business trips and work in Spain, Urm lives in Estonia for more than half the year. Estonia has the best schools, business environment, education, highly developed IT solutions and much more.

The i-marbella page says the following about Estonia:

Place To See Before You Die: The Christmas Market in Tallinn, Estonia

Place To See Before You Die:The Christmas Market in Tallinn, Estonia

According to Urm, Estonians' interest in Marbella has noticeably risen in comparison to previous years. For instance, one night this spring there were 60 Estonians enjoying the entertainment in Plaza Village, located in the Puente Romano Beach Resort and Spa Hotel complex. Plaza Village is home to Marbella's best-known bars, restaurants and nightclubs, such as Joe'S bar by Dillys, Uni Marbella, Thay Gallery, Dani Garcia Bibo and La Suite Club nightclub.

You could say that Marbella has taken over the title of the Estonian Summer Capital from Pärnu in the eyes of Estonian people, and many of the rich and famous, as well as the catering crew, have set their sights on Marbella.

It's also something everyone knows that Estonian girls have always been seen dancing on Nikki Beach in Marbella and that you will find an Estonian catering to you at any club. In addition, Estonian girls are PRs in nightclubs, beach bars and restaurants.

There's a saying among Estonian people that you meet an Estonian in every port of the world. And it's true.

Here you can see TV interviews: