Aldi supermarkets in Spain are cheapest in Europe 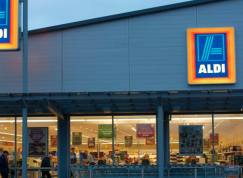 
Marbella is notorious for its weighty price tags.

But cash-strapped families in the town can actually shop for cheaper than anywhere else in Europe, as it turns out. A price comparison of Aldi supermarkets across the UK, Spain, France and Germany revealed that the Spanish one in Marbella is the cheapest – and Brits are paying nearly double.

European shoppers also get considerably better deals on alcohol than their British counterparts, including wines, beers and spirits.

Tony Baines, joint managing director of corporate buying at Aldi, said: “The difference in grocery prices is not specific to Aldi. “We offer our customers the best quality product at the most competitive price. Shoppers know we offer the best value in the UK and won’t be beaten.”

The Olive Press did its very own consumer feature on price comparisons of food and vegetables. We discovered there are a number of extremely popular everyday goods on which discerning expats can save themselves more than a few bob.

Fans of fruit will be thrilled to find it is much cheaper to reach the ‘five a day’ here in Spain.

In fact, almost all fruit and veg worked out cheaper in Spain, apart from, oddly, carrots, which cost €1.25 per kilo compared to just 85c in a UK grocer.

The Olive Press also found that – when converted to euros – cost €1.64 in the UK compared to just 95c in Spain.

Ronda artist Gabriella Chidgey, who runs a household of four, said: “Fruit and vegetables are definitely cheaper here and they are of a higher quality.“However, I have found it much more difficult to get hold of free range chickens here.”

New supermarket in the Golden Mile