Costa del Sol sets its sight on India and China 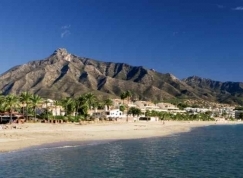 The Costa del Sol tourism board has expanded its objective to woo Russian, Arab and American tourists to potential visitors from India and China.

As reported in EWN the tourism board launched a campaign under the heading ‘Elite Collection’ and is using this brand to woo India and China. The two countries have registered the highest rise in the number of multimillionaires in the past few years, according to the Tourism Board President, Elias Bendodo.

They spend around three days on their visits to Marbella and spend an average of €3,000 and €50,000 in a location which is all the more attractive with 25 per cent of Andalucia’s five-star hotels, as well as golf courses, leisure areas, health facilities and schools. Meanwhile, Malaga city is also looking to become one of the favourite destinations for Chinese tourists within six years, according to Culture, Tourism and Sports Councillor, Damian Caneda, and will work on their culture, gastronomy and flamenco offer, as well as promoting the football club.

The number of Chinese tourists who visited Spain last year increased by 24.5 per cent to 128,500, of which a third stayed in Cataluña, a third visit Madrid and the surrounding areas, and the other third choose Sevilla, Granada, Cordoba and Malaga. However, research shows they had little interest in the beach and prefer cultural, gastronomic and shopping experiences.