Marbella leads the way in tourism 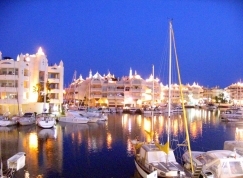 The survey was carried out by Exceltur in 105 towns and the results were presented at the 14th Adeje International Tourism Forum.

Last year Palma de Mallorca created 23,469 tourism-related jobs, in different facilities such as hotels, restaurants, leisure centres and commerce, while Marbella created 9,769. The least jobs were created in Estepona with 2,575.

The vice-president of Exceltur, Jose Luis Zoreda, said that this year should be a good year for tourism, mainly because of  the crisis in the Arab states, but that it could not be said that the sector was on the way to recovery. He also added that from the years 2001 to 2010, the tourism sector had lost €8,000m from the fall in tourism activities. Thankfully, in 2010, over 60% of tourism businesses reported an improvement!