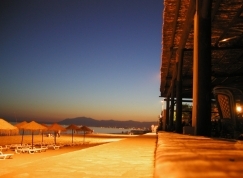 
This Autumn, Marbella will be present at several tourism fairs, focusing mainly on the British, Nordic and Arab markets.

The local councillor for tourism, Jose Luis Hernandez, explained that the aim was to “continue to strengthen the town’s position in countries which are fundamental for Marbella”.

The first fair will be in Stockholm, followed by Malmoe, Gothenburg and Oslo. These are countries which are proving to have a positive financial situation and have increased property purchases in Spain by 129 per cent.

“This is a situation we want to take advantage of to reactivate residential tourism” explained Hernandez, who also said that the markets have been chosen due to the relevant position Marbella has in each of them. The town will also be at the World Travel Market in London in London and in five countries in the Persian Gulf area.