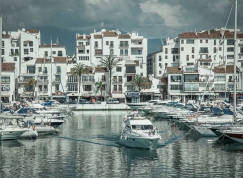 
The start of summer has brought with it more than 6,000 jobs to Malaga Province in one of the best Junes for work since 2011.

An average of 220 people a day have found work although, as more than 90% of contracts signed are for temporary jobs, most will finish at the end of the season. It was also the fourth month in a row that the province’s unemployment rate has dropped. After Madrid and Barcelona, Malaga showed the greatest decrease in unemployment, largely down to the 31,000 seasonal jobs created in the last four months.

However the experts are not getting over-excited. “It is temporary, low-quality employment and contracts are sometimes fraudulent,” warned a Government spokesman.

How to Make Any Job Better