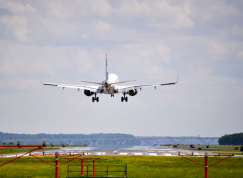 
Passengers using the Malaga Airport in the first three months of this year fell by 1.4 per cent compared to the same period last year. According to the Spanish Airport Authorities (AENA), 1.94 million passengers used the airport between January and March.

Results throughout Spain have fallen from last year by 8.2 per cent, and the only airport which saw more passengers was Alicante. Malaga came sixth in Spain for the number of passengers in the first three months of the year, behind Madrid, Barcelona, Gran Canaria, Tenerife and Palma de Mallorca.

While the airports on the islands are more popular at the beginning of the year due to the higher temperatures, things normally pick up for Malaga later on in the year. Last year, 12.5 million passengers used the airport, which was down 1.9 per cent from 2011.