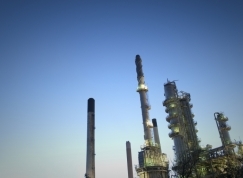 
Licences have already been given to Repsol.

Málaga City Hall has called on the Government to revoke the permissions granted for the surveys looking for gas and petrol off the coast. The council meeting approved three differently worded resolutions unanimously to strengthen their protest.

The permission to prospect for gas has been granted to Repsol in areas off the coast between Mijas and Fuengirola, at a distance of seven kilometres offshore, and also off the coast of the Axarquia in the east.

The City Hall thinks could be very prejudicial to the tourist industry, a pillar of the local economy. The Socialists will also be asking the rejection of the project by the Junta de Andalucía.