Fees for degrees in Andalucia are lower than most of Spain 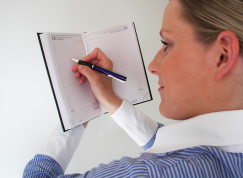 
According to a finance report, the universities in Andalucia have the second smallest tuition fee hike in the country over the past five years.

Fees for degree courses here have increased 9.7% since 2008, compared to 144% in Catalunya. As a result, medical students at Barcelona University pay €1,620 more per year than those studying at the University of Granada. Perhaps unsurprisingly, 75.5% of university students in Andalucia are more likely to attend the university closest to home, or at least stay in the region to study.

Galicia’s universities are the only ones to have registered a smaller hike than those in Andalucia – 2% – according to the Fiscal Crisis, University Finance and Fair Contribution study.

Researchers concluded that, despite the increase in fees, universities are struggling to cover state funding losses incurred over the past two years. The government has slashed the budget by nearly €900 million over the past two academic years, and by a total of €1.39 billion between 2010 and 2013.

World´s First Gastronomic University to be located in Spain (1)