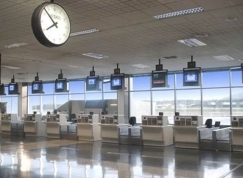 
The move aims to reinforce the brand name of Costa del Sol within the tourist industry.

Málaga Airport is now officially known as ‘Aeropuerto de Málaga-Costa del Sol’, with the publication of the new name in the BOE Official State Bulletin on Monday.

The Development Ministry’s approval for the name change came after a request from Málaga City Hall at the end of September last year and, EFE reports, aims to reinforce the brand of ‘Málaga-Costa del Sol’ within the tourism industry. The change has the support of Málaga’s tourist sector, and is described by the Costa del Sol Tourist Board as a first step towards another objective of changing the airport’s IATA code from its current AGP denomination.

It’s understood that the Patronato would like to see Málaga’s international code changed to ‘SOL’ – the Spanish for sun. The first regular flights from Málaga were in 1919 and the airport, EFE notes, is now the third busiest in Spain in terms of passenger volume. The airport’s third terminal, T-3, opened in March last year.