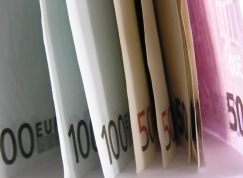 
Instead of reducing drug-taking and trafficking, Spain’s economic crisis has produced an increase in both.

Another side-effect of the recession was the considerable reduction in national and regional funding for drugs programmes, said Joao Castel-Branco at the third annual Families, Adolescents and Drugs Conference in Bilbao.

The opening session was attended by Queen Sofia, president of FAD, the addiction support group behind the conference, and Health minister Leire Pajin. Castel-Branco, president of the EU’s Monitoring Centre for Drugs and Drug Addiction (EMCDDA) told the conference that drug-taking was changing.

Twenty years ago drugs were associated with social exclusion and discrimination, he said, but since the 1990s their use was increasingly recreational despite continual campaigns warning of their dangers. Drugs were being taken specifically for pleasure and although drug addiction was waning all over Europe, this did not mean that drug taking had decreased, Castel-Branco explained.  Drugs were a means of escape but for small-scale traffickers and pushers they were also a means of survival.

These two motives, together with government spending cuts that affected services dedicated to drugs problems, could lead to future problems in Spain and other crisis-hit countries, he predicted.

Health Minister Leire Pajin, another of the opening session’s speakers, stressed the importance of the agreement regarding alcohol and underage drinkers, included in the government’s National Drugs Plan. The present picture was one of multiple consumption of leisure drugs not perceived as threats by users who were otherwise fully integrated into Spanish society, lamented Pajin.