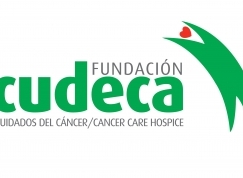 The Telethon has been run for a number of years, but in the last four  years alone it has been instrumental in raising over 200,000€ to support Cudeca – the Cancer Care Hospice in Arroyo de la Miel, Benalmadena. Originally run as the REM Telethon  the Telethon is now run by Talk Radio Europe with Steve Gilmour co-ordinating and hosting the show. The concept of the Telethon is that TRE listeners, local  businesses and any supporters of Cudeca Hospice donate items to the Telethon – these items then being auctioned live on air on the Telethon day (this year on Friday December 10th). The Telethon radio auction, which runs from 10:00 to 21:00 on the day, has various TRE presenters playing music, talking to visitors and introducing guest artists whilst, at the same time, interacting with the listeners who phone in with comments and bids and eventually auctioning items to the highest bidders.

Auction items fall into many categories – there are hair and beauty sessions at salons and spas, holiday stays in hotels and apartments, celebrity endorsed and signed items, business services, golf tickets, food & wine, novelty items, lessons, healthcare, restaurant meals, jewellery – and many more unusual items that you never knew you wanted. A key point to the success of the Telethon has been the fact that some supporters are prepared to give things which cannot normally be purchased – thus we have enjoyed great success with items such as meals prepared by Anthony Worrall Thompson, a jacket worn by Elton John, dinner with Peter Stringfellow at his club and rounds of golf at the members-only La Zagaleta Golf Club.


Foundation Cudeca was set up by Joan Hunt OBE more than 15 years ago in order to provide palliative care to patients with non-curable cancer in the Málaga province. It is a registered charity in Spain  The Foundation has now grown to include 12 charity shops, multiple medical support teams and the Hospice Centre in Arroyo de la Miel with the in-patients unit, day centre and administration facilities.