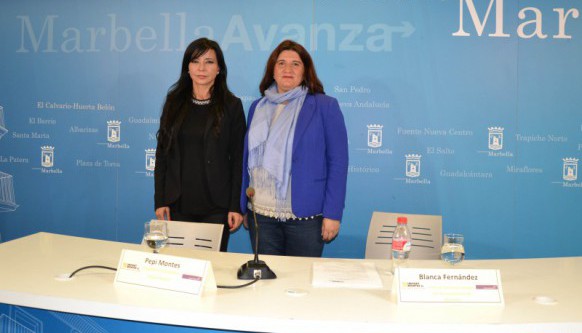 IMPORT MONTES celebrates 25 years by highlighting its support of the hotel industry of the province of Málaga.

The anniversary will be celebrated on the 17th May with an event which will take place throughout the entire day in the Adolfo Suárez Palace of Congress and Exhibition in Marbella.

Thursday saw the official presentation of the 25th anniversary celebrations of the company Import Montes, the most important beer and drinks distributor on the Costa del Sol in terms of volume and service. This event will take place on the 17th May, in the Adolfo Suárez Palace of Congress and Exhibition in Marbella, at which the most important figures in tourism and the hotel industry in the entire province of Málaga will meet. It will be led by the popular speaker, Sr. Corrales, from its start at 10am until its end at 9pm.

The press conference took place with support from the Deputy Mayor of Marbella, Blanda Fernández, and from the company´s founder and director, Pepi Montes. Fernández expressed the pride of the Town Hall in being involved with a family run company like Import Montes, “a business which has grown with the years, becoming well known thanks to their hard work and effort”. The Deputy Mayor also highlighted the importance which the company has had regarding the creation of economic activity and jobs in the city, “contributing to the elevation of Marbella´s name”. Montes went back to the year 1991 to elaborate upon the origins of the business, founded by herself and her father, José Montes, and explained that it was in Marbella that they found the support and quality necessary to get the company off the ground. It is because of this, she confirmed, that this event will be “a break in time for giving thanks and showing commitment and support towards their clients” who come from around the entire province of Málaga.

As such, the first act will consist of the giving of a series of awards to some establishments which the company have considered to be important over the course of their trajectory, however Pepi Montes wanted it to be clear that, for Import Montes, all of the clients “are equally important”. These are Les Roches Marbella, the entrepreneur Juan Carlos Ferrero, La Havana de Heminguay, Olivia Valere, Sinatra Bar, Club Nueva Alcántara, Sabor a Málaga, Puente Romano Beach Resort & Spa, Grupo Trocadero, Miguel Arrocha, Los Mellizos, Da Bruno, Santiago Domíngues, La Relojera y California. Furthermore, they will give a special mention to their longest standing employee, Antonio Martín.

With this meeting, Import Montes also aims to give the attendees the opportunity to see their portfolio, a way in which consumers and providers can establish contact. As this is the case, the majority of the brands of which the company is composed will set up and decorate their own stand, with there being 300 different wines, 32 types of cava, 50 beers, cheese, and oil tastings, flamenco, performances, etc. There will be food and drink all day and a lunch for invitees from 2pm onwards.

It is important to highlight that there will be no lack of authorities, associations, and also the most reputable chefs of the area, such as Michelin starred Diego del Río (El Lago) or Diego Gallegos (Sollo), and the wellknown Lutz Bösing (El Jardín Finca Cortesin) or Aitor Perurena (Estudio gastronómico). These chefs will take part in a round table which promises to be enjoyable and informative, and will offer lessons to the students of the Escuela de Hostelería de Estepona, Jacaranda, Benahavís, Les Roches, La Cónsula, Sierra Blanca y Alabardero Formación.