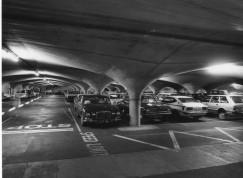 
Marbella Town Hall has given the go-ahead to a project to create an underground car park in Avenida Severo Ochoa.

The plans would also include a total refurbishment of the avenue, and due to the magnitude of the project, the town hall wanted to take it slowly and make sure that work wouldn’t have to stop halfway through due to the economic crisis, or not find a company which could run the premises.

So far, all that has been approved is a study to determine if the project is viable, and the draft for the construction and operation of the car park, which is estimated to cost €6.8m and provide more than 500 parking spaces to alleviate the problem for drivers in the town.

It is estimated the work will take 24 months, and could start in September this year. It will have three floors, one of them destined for residents in the area.