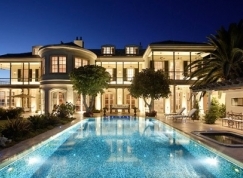 Last year saw a slight increase in property sales thanks to buyers from abroad; foreign enquiries have gone up by 43 per cent this year.

It will take a long time for the real estate market in southern Spain to recover from the bursting of the bubble, although the good news is that there is light at the end of the tunnel. Developers and estate agents are now optimistically clinging to a lifeline that has come from abroad. The storm of the financial crisis has relented for the British, Germans, Scandinavians or Russians who are once again showing an interest in the Costa del Sol, and mainly Marbella, attracted by reductions (of up to 30 per cent in some cases) in the asking prices of properties.

The statistics confirm this trend noted by the industry. According to the latest property sales report published by the Ministry of Development, in the last three months of 2010, some 6,457 transactions were made in the province of Malaga, and of those 905 (14 per cent) involved buyers from outside Spain. This is not only one of the best results in Spain (behind only Alicante) but also reveals an increase of 31 per cent on the previous quarter.

With these results on the table it comes as no surprise that the sector is pulling out all the stops to attract the foreign market, which is key to the industry’s recovery from the crisis. Ignacio Osle, sales director at Taylor Wimpey España, a British developer specialising in holiday homes, is confident that foreign buyers will be behind a “slow but sustained recovery”. “2011 has started well. In this first quarter enquiries made by foreigners at our office in Benahavís have gone up by 43 per cent, which shows that something is changing”, adds Osle.

The expert provides more statistics to support his optimism: “Three years ago we had 130 houses available for sale and today we only have one. This proves the potential these buyers have to absorb the stock of unsold properties”, continues Osle who stresses that the current demand from Scandinavian, Dutch, Belgian and Russian clients is centred on the Golden Mile area of Marbella.

Ángel Yagüe, coordinator of the Andalusian Institute for Financial Studies, believes that the key to this upturn in the foreign market lies in the reductions. Knocked-down asking prices, he explains, are “especially attractive to people from countries that are on their way out of the recession and believe that now is a good time to buy”. He goes on to say that at the moment foreign buyers are the only ones able to bring some relief to the struggling construction industry in this area. “Domestic demand has been significantly weakened by the high unemployment rate, the depressed economy and credit restrictions”.

José Prado, the president of the Association of Builders and Developers, is able to offer a profile of the foreign buyer. With an average age of 55, they have visited the Costa del Sol at least three times before and are retired or self-employed. Government statistics complete the picture, pointing out that the majority of buyers decide not to purchase brand new properties (731 of the 905 properties sold to foreigners last year had had previous owners), and they spend an average of 233,963 euros.

Prado agrees that foreign buyers, mainly from Germany and the UK, will play a significant role in the recovery of the property market. However he insists that more needs to be done to shake of the stigma of legal uncertainty, “which has generated a lack of trust”, referring to the threat of demolition hanging over illegal properties. “Fortunately there have been no demolitions and homes are being legalised, which is helping to improve the image of the province”, he adds.

Meanwhile Juan Antonio Pérez, director of the Real Estate department at the Institute of Business Practice, warns that while the fact that foreigners are still choosing the Costa del Sol is good news, the problem lies with credit. “Many come across a stumbling block when they ask the bank for a mortgage”, he points out.

Thirty per cent of foreign buyers chose a property in Marbella

The average foreign buyer attracted to Marbella is a professional person with medium- high or high standard of living from Germany or the UK. Property purchases made by this group of buyers in Marbella represent 30 per cent of the total of 905 sales to foreigners in the province in 2010.

José Prado, the president of the Association of Builders and Developers, stresses that the town’s new PGOU development plan, which has allowed for the legalisation of thousands of irregular properties, has helped demand to resurface.

Most of the properties purchased by foreign buyers in Marbella last year had had previous owners and were sold at an average price of 290,000 euros. Real estate agent Kristina Szekely, who specialises in luxury properties, points out that part of Marbella’s attraction lies in its special duality: “It has all a big city has to offer, but without the stress”. Szekely adds that while the market is picking up, the average seller’s margin for negotiation has stretched from between five and 12 per cent to as much as 30 per cent.

Real estate expert Kristina Szekely:Now is the time to buy