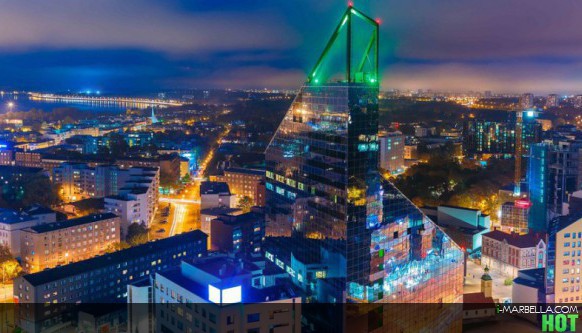 Estonia, in the Baltics, has completely transformed its economy by supporting startups.

Have you ever been to Estonia? Could you find it on a map?

The Baltic nation of only 1.3 million citizens stands out from its Eastern European neighbors in that it has an advanced economy and a high standard of living. And it's a technology paradise. You may know it as the home of Skype. But there's a lot more to the tiny country than that.

In Estonia, voting, signing documents and filling out tax returns is done online, thanks to X-Road, an online tool that coordinates multiple online data repositories and document registries. X-Road provides all Estonians -- ordinary citizens, enterprises and government officials -- with unparalleled access to the data they need to do business, get licenses, permits and other documents that would take days, weeks or even months in other countries.

X-Road is built with scalability in mind, so that the growing number of services and repositories can easily be attached to the system. Although this digital backbone alone is rather impressive, it's just one of many products in tech-forward Estonia.

Instead of being held back by its past and falling victim to ailments that plague many post-communist countries, such as corruption, a bloated government and an obsolete education system, Estonia has decided to start with a clean slate and invest in its future. To transform its society into a community of tech-savvy individuals, children as young as 7 are taught the principles and basics of coding. (In comparison, only one in four schools in the U.S. teaches computer programming.)

Such strong foundations have yielded impressive results: Estonians are driven, forward-thinking and entrepreneurial, and the same goes for the government. It takes only five minutes to register a company there and, according to The Economist, the country in 2013 held the world record for the number of startups per person. And it's not quantity over quality: Many Estonian startups are now successful companies that you may recognize, such as Skype, Transferwise, Pipedrive, Cloutex, Click & Grow, GrabCAD, Erply, Fortumo, Lingvist, and others. By the way, Estonia uses the euro.

If all this sounds enticing and you wish to become an entrepreneur there, you're in luck; starting a business in Estonia is easy, and you can do it without packing your bags, thanks to its e-residency service, a transnational digital identity available to anyone. An e-resident can not only establish a company in Estonia through the Internet, but they can also have access to other online services that have been available to Estonians for over a decade. This includes e-banking and remote money transfers, declaring Estonian taxes online, digitally signing and verifying contracts and documents, and much more.

E-residents are issued a smart ID card, a legal equivalent to handwritten signatures and face-to-face identification in Estonia and worldwide. The cards themselves are protected by 2048-bit encryption, and the signature/ID functionality is provided by two security certificates stored on the card’s microchip.

But great innovations don't stop there. Blockchain, the principle behind bitcoin that also secures the integrity of e-residency data, will be used to provide unparalleled safety to 1 million Estonian health records. The blockchain will be used to register any and all changes, illicit or otherwise, done to the health records, protecting their authenticity and effectively eliminating any abuse of the data therein.

While there are many lessons that the U.S. and the rest of the world can learn from Estonia, these are especially important: A country must be willing to adapt and change the infrastructure of both the government and the economy if needed, and to continually optimize them. A nation needs to understand that a change of mindset should be thorough and start with the young. An education system should be designed in a way that doesn’t cripple young minds, or overburden them with too much irrelevant information. And, finally, if you want entrepreneurship to thrive, it is necessary to remove bureaucratic and technical obstacles at all levels.

How close is your country to Estonia in technology? Let me know in the comment section below.