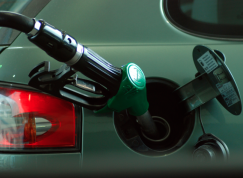 
Low-cost fuel has arrived in Estepona at a new filling station, which is already popular with locals.

Customers can save between €0.06 and €0.10 per litre thanks to the station, which is similar to others throughout Spain, having the bare minimum. It has no café, shop or toilets, the facilities are basic, there are a very few staff and payment is automatic 24 hours a day.

Those who have already tried it say that the fuel is good quality and the payment system is easy.

Although the machines don’t accept coins, they accept €5 to €50 notes, and although they don’t give change, the difference can be spent throughout the following month by using a code on the receipt. Credit cards are also accepted.

Some business associations have complained of unfair competition at this type of filling stations, and say that there is a lack of consumer rights, something which the Junta de Andalucia is reportedly looking into. Some of the stations belong to the major fuel companies, but they are also becoming a popular option amongst private entrepreneurs who see a way to make money and cut costs.