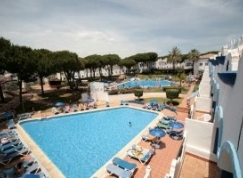 
In fact hotels in Spain are not allowed to ban the entry of children.

World tour operators are now selling hotels where children are banned and these ‘adults only’ hotels are proving popular particularly with the British and the Germans.

Antonio Aranda from the AECHOS Costa del Sol Hoteliers Association, said ‘It is not about restricting the entry or prohibiting children spending the night in these hotels, only that such hotels are organised as a play for rest and activities for adults, whatever age they may be, although generally the offer is marketed to older couples’. He noted that in fact under the current Spanish tourism law, such a ban on children would not be allowed.

Miguel Bordera, Director of one of the hotels involved in the scheme, Miguel Bordera, of the Riviera Hotel in Benalmádena told La Opinión de Málaga that ‘Evidently we accept children, but we warn the parents about our peculiarity, which is no more than trying to offer our clients a relaxed space and one without noise’.

The Riviera Hotel, from the Med Playa group, has been adults only for two years and say that the experience could not have been better. The H10 Andalucia Plaza hotel in Marbella has also started the adults only policy from May 1 this year.

Beauty Evening for Ladies in Marbella