Car sales up in July in Malaga Province 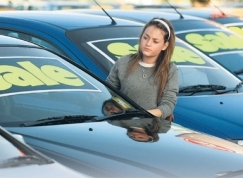 New car sales in Malaga Province remained low in July, although with a slight improvement on last month.

According to Faconauto, 2,235 cars were sold in July, five per cent worse than the figures seen for the same month last year, the first month after the end of grants offered by the authorities to encourage people to buy vehicles.

However, looking on the bright side, the sales are a four per cent improvement on last month, and the comparison with last year is nowhere near the 40 per cent drops seen in previous months, when at times, less than 2,000 vehicles had been sold. Plus, sales in Malaga were only beaten by Madrid, Barcelona, Valencia, Alicante, Sevilla and Las Palmas.