Brussels tells Spain that she should help herself 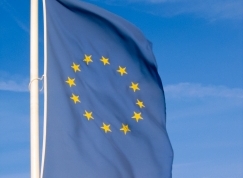 
It comes after the Prime Minister asked for more help from the European Central Bank.

Following the pressure on the Spanish debt on Thursday, the Spanish Prime Minister, José Luis Rodríguez Zapatero, called for more help from the European Central Bank to buy Spanish bonds. But today Brussels has responded by saying, ‘Spain must help herself’.

The community economic spokesman said ‘We’ve been saying this for some time’, although he added that the European institutions are already doing what is needed to help countries in danger.

P.P. leader Mariano Rajoy has made a call to the markets for a margin for his new government. ‘I hope this stops and they realize that there are elections’, he said, adding that Spain is a ‘serious and trustworthy country’ which has always paid its debt, but he blamed the Socialists for the situation, ‘These people have left us broke’, he said.

Meanwhile the risk premium, the difference paid between German and Spanish ten year bonds, has fallen today to 450 points after opening this morning at 502 and being higher than the Italian number for a time.