British tourists spending less while on holiday in Spain 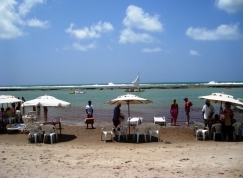 
Figures however show that the UK is still Spain's main market for foreign tourism.

There was good news earlier this week of a record spend of more than 29 billion € by tourists who visited Spain over the first seven months of this year, an increase of 8.8% on the same period of 2010. But, while the British were still the main market, spending 5.76 billion between January and July, figures show that each visitor from the UK is spending less.

The Scandinavians, the Germans and the French are all spending more than they were.

There was a marked increase in the numbers of visitors to Spain from Holland in July. The 25.8% increase in tourist numbers was reflected by their total spend of 403 million €. It’s an increase of 27.2%.

British and Spanish men are related to Tutankhamen