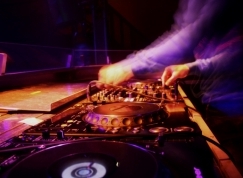 One of the disco bars which has been closed is Kaleido, originally owned by Malaga-born actor Antonio Banderas. The council closed them for breaching a 2002 regional law which states their disco licenses does not give them permission to have terraces. Many of these disco bars use their terraces to serve drinks and food during the day and early evening. A meeting was held yesterday (Wednesday) between Town Hall representatives and affected bar owners but “nothing was resolved,” according to a spokesman for the group of businesses.

Meanwhile, the businesses remain closed without a clear idea as to when they will be allowed to continued trading. A spokesman for the group of owners told EWN approximately 120 staff face losing their jobs if the venues are not allowed to reopen soon. Owners claim this will financially cripple them, especially since the smoking ban, where customers have to leave the premises to smoke. They also call the measure “unfair” as they have been paying a yearly fee to have terraces. EWN attempted unsuccessfully to contact Benalmadena Council for comment

Several residents in the area had complained about the noise coming from the terraces in the early hours of the morning, and in August the owners were asked to apply for the correct license or do away with their outdoor tables and chairs.

“The law, which establishes opening and closing times stipulates that only premises with cafeteria or restaurant licences can have tables and chairs on the terraces outside,”  Mayor Javier Carnero said. “They failed to do so and so they were ordered to close,” said Carnero. But owners of the seven affected disco bars say this is not true. “We made a proposal a month ago that we be allowed a separate license to operate the terrace section as a café without music and with separate opening and closing times,” said a spokesman for the owners.

Since the notice was received in the summer the establishments no longer play music on the terraces and people simply go there for a drink and a chat, according to lawyer Juan Fernandez who is representing two of the premises which have been closed. “If they are done away with, the marina will turn into an open-air drinking area,” he said. “Although the town hall has the law on its side, the way things have been done are not right,” said The Benalmadena Business Association (ACEB). They also complained that premises in other areas of the town are not subjected to the same strict controls.

“This is a law for the whole region and many places all along the coast have the same situation and yet we are the only ones being persecuted,” said one of the business owners. The mayor has said the options they have are to either change their licences to cafeterias so they can keep the terraces, or do away with the terraces if they prefer to keep their disco licences.

He stressed that the council considered it very important for Puerto Marina to continue to offer their current leisure areas, but as long as they don’t break the law or annoy local residents. After the police showed up Tuesday morning with the order to close the seven discos, the owners gathered their employees and they all headed up to the Town Hall.

“Our bosses gave us whistles and we all stood outside the town hall blowing them,” said one of the employees.  Then we went inside, still blowing, in protest to the potential loss of our jobs. We were asked to stop by four anti-disturbance officers,” said one of the business owners. “Since we were worried about being thrown in jail we stopped. The 15-M demonstrators are treated better than we were,” he added.

Marbella and Costa del Sol Hotels closing for the Winter