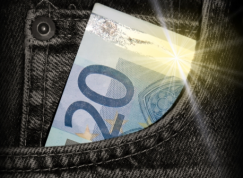 
Unemployment in the province of Malaga has risen to 37 per cent.

This is according to the latest edition of the EPA ('Encuesta de Población Activa' or survey of people able to work) which was published on Thursday by the National Institute of Statistics.

In fact the loss of working opportunities is greater than suggested by the figures. In the first quarter of the year 14,900 people in Malaga lost their jobs. The number of unemployed workers registered hasn’t increased by this many because there has been a decrease in the active population, or those able to work.

In comparison with the rest of Andalucía, Malaga hasn’t done too badly. Three provinces have more than 40 per cent unemployment: Almería, Huelva and Jaén. Only Seville and Cordoba,with 33.10 per cent and 33.29 per cent respectively, have lower rates of unemployment than Malaga.

On a national scale, Malaga doesn’t fare too well. There are almost ten points between Spain’s national average of 27.16 per cent unemployed and Malaga’s latest figure of 36.71 per cent of workers without a job.

Anothony 26-09-2013 14:09 Spain has high unemployment, because of employees have too many benefits, and are too expensive and risky to hire.

There\'s too much regulations which hurts business in Spain. It\'s too expensive to start a business too.

High taxes drives away business and jobs out of Spain too.
0