35 towns in Malaga spend more than they make 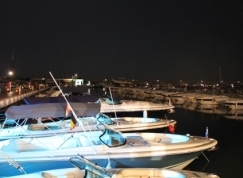 
Of the 101 towns in Malaga province, 35 ended last year with budgetary deficits for spending more than they were making.

Changes to the Constitution which were approved by PSOE and the PP in early September in congress in order to limit the deficits of public administrations could mean that many towns will find themselves in a sticky legal situation. The text states that “local administrations” must have “budgetary balance” by 2020, but seeing the figures for the province, which is not an exception in Spain, for 2009 and 2010, this will not be easy.

The numbers could be even worse than it initially appeared, as Atajate, Carratraca, Cortes de la Frontera, Gaucin, Genalgualcil and Parauta have not yet handed in their figures for either year, while others, which although the Tax and Economy Ministry’s records show their budgets were balanced, admit that they ended the year with empty coffers and no money available in banks and payments to face.

Many cases have only come to light after the elections when new parties have taken over. Malaga city has a debt of €735m, the highest in the province and the fourth worst in Spain behind Madrid, Barcelona and Valencia.

The second worst figures are seen in Benalmadena, with a debt of €87m, although the worst deficiency is in Cuevas Bajas, with a difference of €800,000 between what was spent and what was taken in 2010.