25,000 Spaniards emigrated to the U.K. for work last year 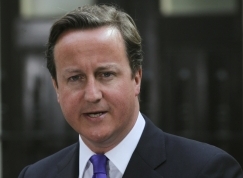 
The 85 percent yearly increase is the largest seen.

The British Government is concerned about the number of Spaniards who are now signing onto the British Social Security system, after immigration to the U.K. from Spain for work has risen by 85% over the past twelve months to April, and now stands at nearly 25,000 people.

In the year to April this year the number of Spaniards to register in the British Social Security System after obtaining a first job in the U.K. was up by 85%, according to official figures. It makes Spain the country which has produced the largest increase in immigration to the U.K., ahead of Pakistan, Sri Lanka, Lithuania and Ireland.

24,370 Spaniards have joined the British labour market over the year, and the number does not include the high number of students in the U.K., or temporary workers who are not registered in Social Security.

Spain is now 6th on the list of immigrant workers in the U.K., a list led by Poland and India, followed by Pakistan, Lithuania and Latvia.

British Government sources think the increase from Spain will continue as the economic crisis bites in the south of Europe. However David Cameron has made it clear he wants to limit immigration to reduce unemployment, but he is unable to act against workers from other EU countries.

Sandra Bullock is Ready to Go Back to Work

How Women Compete With Men in the Workplace