199 flights cancelled in Spain on Monday 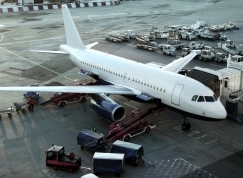 
Most of the flights cancelled in Spain were to the U.K.

The restrictions imposed for part of the day at Heathrow and Gatwick airports, and in Dublin, Amsterdam and Rotterdam, made up most of the cancellations to Spain, according to AENA, the Spanish Airports Authority. Uptp 6pm, 143 flights to the U.K. had been cancelled, 44 to Holland and ten to Ireland.