Ed Trupkovich Blog #3: Sugar and Aspartame is Killing You! 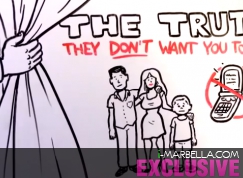 
It is the hoax of the century. It is the truth about sugar and Aspartame. The food industry is actually killing you. If you read one thing in life, read this! It could save your life! You have been duped! You can't trust your leaders, governments, and anyone to save you. Only you or a grass roots movement by the people can change this. Otherwise you are screwed and the ones screwing you is the food industry.

Do you believe in conspiracies? Sugar and Aspartame are toxic to you! The food industry is trying to kill you! Well, just connect all the dots. This is just criminal! You are going to be sad, mad, betrayed, and mind was blown all at the same time.

The food industry is much more powerful, stronger, and be able to manipulate the world and you. Don't believe me? Initially, I didn't believe myself, but after connecting all the dots.....

Why? They put sugar in almost everything not to make it only make it taste good but because it is addictive as cocaine. They call sugar by many names, corn syrup, dextrose and 25 other names to hide it from you. An insidious parasite called sugars make you gain weight, is bad for your health, driving the diabetes epidemic. And is amoral. Aspartame is toxic but they don't care. The food industry has been able to punk the world. And you! I'm mad as hell and I'm not going to take it anymore. Are you?

What are you and your friends going to do above it?

Are you going to be so mad and riot in the streets like Ferguson.

Will you react? Will you change your lifestyle?

Along with this ago. Carbohydrates got a bad rap. Things like pasta, rice, potatoes, and eggs were considered cholesterol issues. The reality is your body creates 72% of your cholesterol. Eggs are actually cheap protein. Potatoes are high in fibre, vitamin C, B6, potassium, and manganese.

What did the food industry do next?

They started to add sugar (the parasite of all humans). But people got wise. That refined sugar causes fat and therefore cholesterol.

What did the food industry do next?

They added sugar to over 80% in 30 sugars different forms, many that you would not know as sugar. But isn't that killing people? Yes! But the food industry doesn't give a shit. Then came the diet revolution. So what did next? They got Aspartame approved. But didn't lab rats develop tumours? They cut those tumours out. You know it was cheap and they were going to make billions. When you make an omelette, you have to break some eggs. But these eggs are people. Are they responsible for obesity, bad health, and a health epidemic that makes Ebola look like the flu?

There are millions of Ferguson's in the world.

Otherwise, they might consider running my investigated letter and expose the food industry.

Why must lowly me figure this out?

You know it to be true.

Why is this happening?

Do you know that only 10 companies control most of the world's food..?

Do you know that they only care about $ and could give a shit about your health or your families health? They don't care if you die, but more about you continued buying. I know Syria used chemical weapons, but that seems child play to this criminal, insidious plot. Unless you reduce your sugar consumption in half, you will die sooner, have severe health problems, and develop Diabetes. Forget your kids! They are already forecasted to die sooner than you and 1/3 will get Diabetes. The food industry doesn't give a fuck. This is the greatest hoax in history! Sorry for all the profane language. I' just mad as hell. Are you?

If you want to be healthy, only prepare and cook your own food. That includes no processed foods or eating out.

They put aspartame in everything they can. Why? NutraSweet, for example, has a patent on aspartame. This patent guarantees bigger profits for the company than for a plant like a stevia, which can be grown by anyone. Unfortunately, Stevia is expensive. Why? Economics of scale. If stevia where grown everywhere sugar is grown, it would be cheap. Not as cheap as aspartame with is produced in a lab with greater profit margins. Grow Stevia where sugar now grows. The food industries answer. Fuck Stevia. They know Aspartame is toxic. Obesity and Diabetes is an epidemic problem and forecast to get worse. Even Ebola is impressed with these astronomical growth rates.

What is the food industry doing about it? Nothing! They are responsible for this parasite called sugar and this toxic sweetener; Aspartame. They know sugars are a gateway drug to bad dental health, bad health, obesity, Diabetes, and a shorter life. Sure they know, they just don't care. You have been told money isn't a motivator in early life. Unfortunately, it is their only motivator. Screw you!

They put an opiate protein in modern wheat that gives you the "Munches".

This video features the usual suspects; Rumsfeld, Bush, and Cheney.

Did you know that Rumsfeld was the father of Aspartame?

Now tell me again why these three aren't in jail?

Your life depends on it!

Confirmed! Sugar is the world's most dangerous drug, 2019