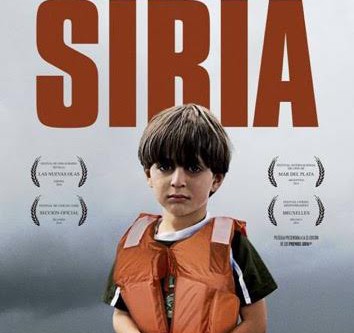 It narrates the exodus of seven children from the horror of the war to their uncertain destinations.

Shot in 11 countries, for a whole year, and features the music of Oscar® winner Gabriel Yared (The English Patient).

"Born in Syria" emerges with the vocation to give voice to these children, since they leave Syria until they arrive in Europe and where they seek to integrate into the host societies. It is a way of telling about the conflict from the perspective of its most vulnerable victims, but also of discovering Europe's response to a conflict that is mortgaging the future of one of the most sensitive and conflictive regions on the planet.

After being nominated for the Goya Awards and Forqué for Best Documentary Film, "Born in Syria" will be released on January the 12th. It will be distributed by 39 Escalones and will count with the support of the two main platforms of cinema on demand in Spanish movie theatres (Youfeelm and Screenly) that, for the first time, will collaborate, in the distribution of a film.

"Born in Syria" is directed by Hernán Zin; The music is by Gabriel Yared and Jean-Pierre Ensuque; The script is by Hernán Zin and José F. Ortuño; The assembly of José M.G. Moyano, Fátima de los Santos and Darío García. Born in Syria is a production of La Claqueta PC (Spain), Contramedia Films (Spain) and Final Cut For Real (Denmark) with the production of Olmo Figueredo González-Quevedo and with the participation of Canal Sur TV (Spain) UR (Sweden), TVN (Poland), SIC (Portugal), Al Jazeera (Middle East) and DR (Denmark).

The film has secured distribution in 22 countries, supported by ICAA and the European Commission.