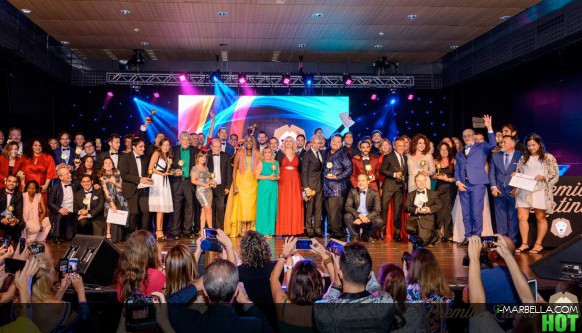 
The great Gala of the "Premios Latino" returns to Costa del Sol on 21 September 2019 at the Auditorio Felipe VI in Estepona. One of the most awaited appointments of the post-summer on the Costa del Sol, Spain.

This event comes from the "Gala Foundation", presided over by María Cansino, and in this fourth delivery the objective is to promote the Latin American film and music industry by rewarding the most outstanding professionals in the field, supporting film-musical culture and working day by day so that film and music lovers can enjoy all this talent that transcends borders.

In this edition, the presenter will be the Spanish actress Eva Isanta, known in her role of the TV series "La Que se avecina" with the role of "La Cuqui".

Besides, this gala will be attended by countless professionals from the Ibero-American film and music sector.

Some of the winners have already been confirmed!

The Mayoress of Marbella Attending the Wish List Gala!