Banderas Back in Town 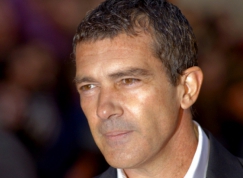 
Antonio Banderas has been spotted out and about in Malaga with his new flame again.

Antonio Banderas has been spotted out and about in Malaga with his new flame again, cutting a smart figure as he attended an awards ceremony. The Malaga-born Hollywood star was also spotted leaving a Marbella jewellery store over the New Year, again in the company of 34-year-old Dutch beauty Nicole Kempel.

Banderas, aged 54, was pictured arm-in-arm with Kempel on their way to an awards ceremony in Malaga, looking to all the world like a couple very much in love. They had been spotted before Christmas taking jogs on the beach near his home in Malaga, and again leaving the luxurious Gomez y Molina jewellery store in upmarket Marbella. The couple have reportedly been dating since the summer, when Banderas' wife of 18 years – actress Melanie Griffith – filed for divorce.