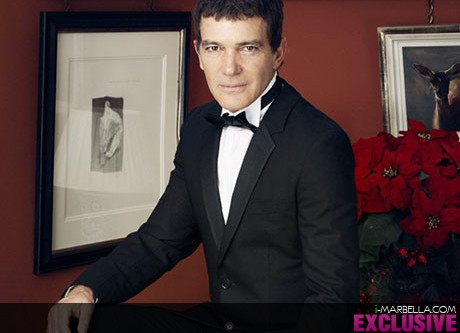 
It was an unforgettable evening full of surprises and funny anecdotes that turned this appointment into the party of the year. Porcelanosa and Prince Charles of England hosted at Scottish Dumfries Palace, this meeting of 'numbers one' featured great players such as Isabel Preylser and Mario Vargas Llosa, Antonio Banderas and Nicole Kimpel, Enrique Ponce and Paloma Cuevas, Nieves Álvarez, Tamara Falcó ...

Preysler and her daughter Tamara Falco and Preysler’s partner, the Nobel Prize-winner Mario Vargas Llosa, attended a dinner for 50 guests at Charles’s Dumfries House near Cumnock, where they could admire the ‘sanitary and kitchen furnishings’ Porcelanosa donated to the stately home’s multi-million-pound refurb.

Prince Charles hosted the intimate occasion to thank some of the most generous supporters of his charities for their donations.

The glamorous event — was covered by Spain’s Hola! magazine — was also attended by actor-turned-fashion designer Antonio Banderas and his girlfriend Nicole Kimpel, who are based in a £2.4 million home in Surrey while Banderas studies menswear at Central Saint Martins college. The Dumfries House website posted a festive photo of the Mask Of Zorro and Shrek star with Santa.

Banderas and his girlfriend Nicole Kimpel

‘Antonio kindly dropped by to thank Santa for visiting Dumfries House this year,’ reads the caption.