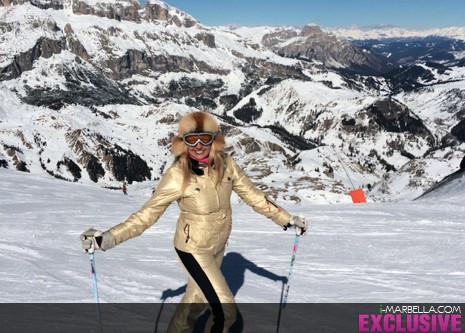 Me and my family have recently returned from an amazing skiing holiday in Italy.

This year's skiing holiday was special, as this time, there were very many ski trails, which made it an exciting experience for all of us!

The hotel we were staying at was fantastic, offering us everything from A to Z and making it impossible to leave, especially after a long day skiing.

Breakfasts and delicious à la carte dinners were included. The hotel also boasts a spa and an open-air jacuzzi, which was the highlight of the Italian spa experience. On top of that, we very much enjoyed the hotel's design, filled with heart shapes and love. Me and my family would definitely return to the skiing centre.

The Dolomites are a mountain range located in northeastern Italy. They form a part of the Southern Limestone Alps and extend from the River Adige in the west to the Piave Valley (Pieve di Cadore) in the east. The northern and southern borders are defined by the Puster Valley and the Sugana Valley. The Dolomites are nearly equally shared between the provinces of Belluno, South Tyrol, and Trentino.

There are also mountain groups of similar geological structure that spread over the River Piave to the east – Dolomiti d'Oltrepiave; and far away over the Adige River to the west – Dolomiti di Brenta (Western Dolomites). There is also another smaller group called Piccole Dolomiti (Little Dolomites) located between the provinces of Trentino, Verona, and Vicenza.

One national park and many other regional parks are located in the Dolomites. In August 2009, the Dolomites were declared a UNESCO World Heritage Site.