Annika Urm Blog: South Korea A place with an excellent chance to grow 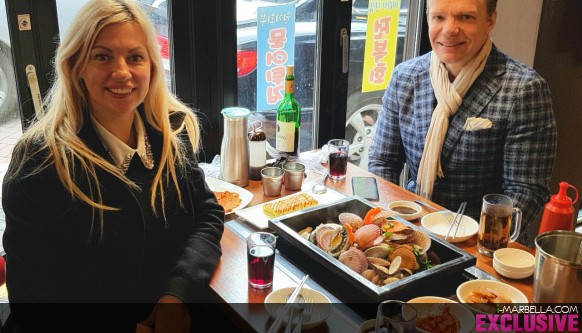 
I Had the opportunity to Visit South-Korea in March 2018. The Olympics were just over and Para Olympic was to start. We landed in Seoul but had a meeting in the city of Daegu where we stayed, and the most strange experience awaited us.

Daegu is a nice city located in the region of the North Gyeongsang Province, South Korea.

It’s known for the Daegu Yangnyeongsi Oriental Medicine Cultural Centre, which has a huge market as well as exhibitions tracing the history of local medical traditions.

The airport and the City had amazing high-tech equipment everywhere like Heated toilet seats. The only problem was that everything was in Korean, therefore making it difficult to understand which was lash water or wash :D.

At least in Korea, every page had 1 word in English, in China there was none :)

Taxi prices were cheap as well as the food in restaurants. The cab that took us from the airport to the Hotel cost 5 EUR (7USD) and it was some driving time for the taximeter, we stayed in the outer-town area.

All the cars in the city were brand new!! Our Hotel in Daegu was named February and it was slightly different than a usual hotel, with a very cute design.

Every room had rescue equipment to touch down, something that I was seeing for the first time in my life. This means that South Korea has a really high level of technical equipment.

But, when it comes to customer service and human source there is still a long way to go.

The Hotel didn’t have any porters to help with the luggage, breakfast service didn’t exist, I think we were disturbing the guy who worked there.

When we went in he was on the phone and then went out, away from us to continue his call. I was actually thinking he was another guest. But on the second day, boom! He appears again, doing just the same :D … So then I realized that they have no idea about customer service. You have to do everything for yourself in the hotel even if the hotel is at a high-luxury level :)

Veiko Huuse and I went to Korea for a Honestum Est business meeting, to introduce Arcallia.com and the Eesty Coin project to potential partners. The meeting was successful and we were happy.

We were continuing our celebration for many reasons! Our 7-year anniversary, 1-year cryptocurrency anniversary and International Woman’s day (8 of March).

Food In S. Korea, Daegu was excellent. They have a lot of seafood and the prices are just too cheap.

We had the whole dinner for 2 for about 30 USD. The whole food what you see in the pictures all the different seafood clamps, chicken, starters and even sashimi dishes. We tipped 20 dollars and they tried to run after us on street to give it back :)

Unfortunately, there was No Wine culture. We found wine in one shop lying dead in the last corner under the dust and bought all the wines to take them with us to the restaurant. Yes, we went to the restaurant with our own wine every day and this didn’t cause any problem :)

Mostly because in the restaurant there wasn’t any wine, only beer. So, we took the only wine we found at the store for a price of 13 USD each. I loved Korea with its own craziness.

After Olympics with all the new infrastructure and the brand new airport, if they are smart they can grow a lot.

Annika Urm is a businesswoman, journalist, international influencer, blogger, public speaker, the director of i-Marbella.com, and her job is to report emotional experiences and facts in the best possible way. Annika is a modern entrepreneur, a business lady of high standards and exquisite taste. Annika's incredible performance is best described by her numerous followers (more than 200,000.00 each month).