1st Edition of the Film Festival in Puerto Banus, Marbella 2017 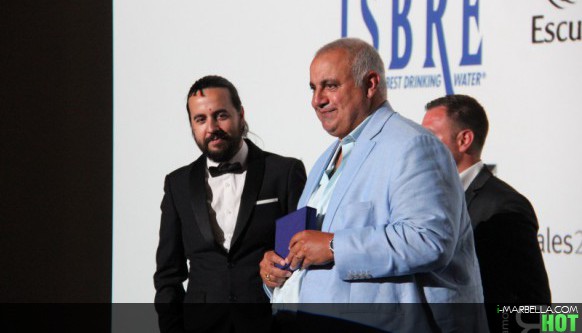 Philippe Martínez during his speech after winning Source: ramoscomunicaciones.com, blogosdeoro.com


The first edition of the Marbella Film Festival was held at the Goya Theater in Puerto Banús, it began with a red carpet for the guests, people from the world of film industry and authorities of the city of Marbella.

Elizabeth Alexandra 06-07-2017 09:11 My Ex and I broke up 1 year and 2 months ago and i was six months pregnant. We both love each other and it was a shock to me and it really broke my heart. I tried to call him and both of his lines were disconnected. I tried to reach him on social networks but he deleted me off of them. I tried to reach his parents and they told me that their son said that he does not love me and does not want to see me and they do not know what is wrong. I cried and cried everyday because I loved him very much. Until I gave birth and the baby was one year old, I could not get my love back. Again, I was confused. I do not know what to do and I also lost my job and I have no money to take care of the baby. I was miserable in life so I cried to my sister and told her my problem and said that she knew of one powerful spell caster that helped her when she could not get pregnant. I contacted him by email and he said he will help me and told me that a woman cast a spell upon my man and said he will help me break the spell so my man will come back to me and be mine forever. It was a great surprise to me that everything that he said came to pass. My man came back to me immediately, saying that I should forgive him. I am sending a very big thank you to this powerful and real spell caster. I pray for him to live long and do more of his wonderful work. If you have any kind of problem disturbing you in life, you have to contact this powerful spell caster! He can help you. He will not disappoint you, I give you 100% guarantee that he will help you, Here’s his contact: Email him at: Unityspelltemple@gmail.com , you can also call him or add him on Whats-app: +2348071622464 , you can also visit his website:http://unityspelltemple.webs.com .