Angelina Had Affair With Mick Jagger 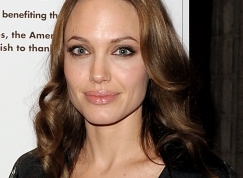 
A new bombshell has just surfaced involving Angelina Jolie! According to a new book called Brad Pitt And Angelina Jolie: The True Story, Angie had an affair with Mick Jagger while he was still married to Jerry Hall.

The bio, written by Jenny Paul, claims the two starting sneaking around after meeting on the set of the Rolling Stones 1997 music video for “Anybody Seen My Baby?”. Angie herself was taken at that time—she was married to British actor Jonny Lee Miller.

The book also alleges Mick and Angie rekindled the flame in 2003 when he was also married, but to a different woman (L’Wren Scott). The author claims her sources are Jolie’s friend Texas Terri and her mom’s ex, Bill Day.

And that’s not the only bombshell uncovered in this book! Paul alleges Jolie was sleeping with Ralph Fiennes when she met Brad in 2004, and was also dating Colin Farrell, but had to break it off due to his drinking.

Paul goes into detail about Brad and Angie’s beginning stages of their relationship. “Brad told Angelina just weeks into filming Mr & Mrs Smith that his marriage to Jen was over in every way apart from on paper and had been for more than a year,” says the author. Brad apparently told Angelina that he and Jen were just good friends and were waiting for the right time to officially end their marriage.